Great news this morning for those travelers aching to get their wings back. More than a dozen regional  destinations have been cut in half as part of a new $1.2 Billion dollar plan to revive the tourism sector

The Federal Government unveiled the tourism rescue scheme early on Thursday morning, weeks out from the scheduled end to the JobKeeper payment.

“We need to get Australians back in planes, we need to get those planes back in the air, because planes in the air means jobs on the ground,” Deputy Prime Minister Michael McCormack told the ABC.

“This $1.2 billion package is going to support so many businesses and so many, so many workers.”

One offer will be 800,000 tickets that will be Government-subsided and will be available for Australians to travel between the dates of 1st April and 31st July. Airlines will offer around 46,000 tickets each week through airline websites from 1st of April.

These are all the potential routes:

This is our ticket to recovery,” Prime Minister Scott Morrison said.

“This package will take more tourists to our hotels and cafes, taking tours and exploring our backyard.”

Anm approximate of 600,000 Australians are employed by the tourism sector, with a whopping worth of 100 billion Australian dollars

For tickets visit Qantas, Virgin and other flight carriers to grab yourself some bargains

“As the vaccine rolls out, and as JobKeeper comes off, and, of course, so many people are going to be getting back to work, we need to make sure that those premiers keep those borders open. We can’t have them just close the borders at a small community transmission outbreak.

“We need to get back to some sort of pre-COVID normality.” said by McCormack

“It is a very small, very meagre package at best,” he told Nine News.

“I don’t think this is going to help at all, really. It is about the borders. Keeping the domestic borders open and getting the international borders open as soon as possible.”

Do you think this will be enough to get our travel industry back on board? Leave a comment below 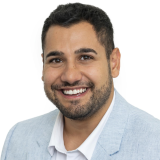 David is a Journalist and Blog Editor at Beshtech covering topics from Phone repairs, fitness, travel, finance and more. Send tips to david.beshay@beshtech.com.au

Beshtech provides a wide range of repair guides and solutions for your needs! Have something you would like our professionals make a tutorial for? Just send through an email and we will get right onto it